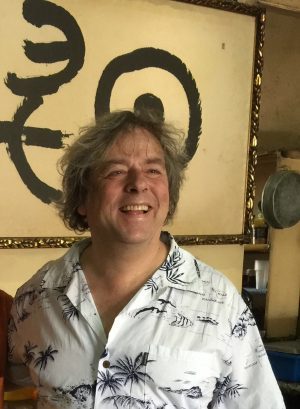 Tommy Nylander, our great friend and scientific sounding board, one of our Great Minds in Greater CR is awarded with the Norblad-Ekstrand medal. Congratulations Tommy, we are so proud of and happy for you!

The Norblad-Ekstrand medal is awarded to persons who are distinguished by outstanding scientific research in chemistry and bordering sciences or who have performed work of great value to the Swedish Chemical Society. It was announced already in October, but Tommy being who he is has not let us know and we just learned about it today…

Tommy is at the forefront of surface chemistry research, in particularly focusing on biological interfaces. And, as we all know, it is at the interface that everything happens… Tommy is networking all over the world, always interested in new methodologies and new problem statements, in a way acting as an interface himself! Tommy is always there (perhaps not physically since he is an extreme traveller :)) for discussions and has helped us through difficult interpretations of ellipsometry and QCM data.

​In addition to his academic research, Nylander has made a valuable contribution to raising awareness of neutron techniques and used his extensive knowledge in multiple project committees at major neutron facilities, something we who want to see the ESS in Lund become a success is very thankful of.

Since it cannot be said better than what Richard Cambell has already said it, we simply use his comment on the award:

“There could not be a more deserved recipient of the Norblad-Ekstrand medal than Tommy Nylander! First and foremost, his research towards the understanding of interfacial interactions of lipid phases and a broad range of amphiphilic systems in soft matter and biology is highly distinguished. His work relies on a range of experimental techniques and supporting computational calculations, but in particular he is a strong enthusiast of neutron science, not only at the ISIS pulsed source in the UK and the ILL in France, where he has acquired a large amount of his scientific data, but also many other facilities worldwide. Furthermore, his exceptional dedication needs to be mentioned as clearly he offers more support than most academics to further the careers and aspirations of the young scientists who have the fortune to work with him.” ​

CR part of a NextBioForm, Center for Formulation of Biologics »