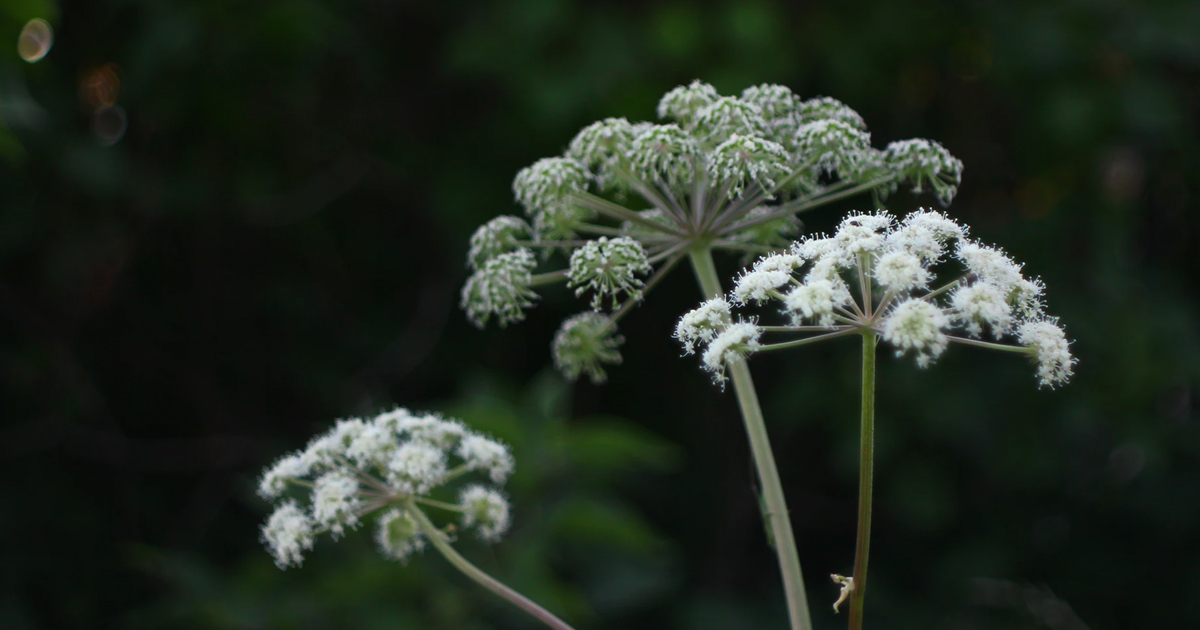 Back in 1971, at a time when real music was still produced, prog masters Genesis released the 8-minute song The Return of the Giant Hogweed (yes kids, songs can be longer than 3 minutes!), unfortunately without any immediate commercial gratification. As any intelligent reader would find obvious from its title, the lyrics of the song concern the unfortunate import of giant hogweed (Heracleum mantegazzianum) to Victorian England as an ornamental plant. The words in the Genesis song may not be entirely historically accurate, but it is true that surprised English horticultural enthusiasts soon found out that planting giant hogweed in your garden is a bit like inviting a drunk grizzly bear to the barbeque: it may be pretty cool for a short while, but then things quickly deteriorate. What’s the fuzz, then? Well, like the grizzly bear at the barbeque, the giant hogweed not only take over the party in the worst possible sense, it also maims and kills everything in its path. The only difference is that the grizzly has fangs and claws, whereas the hogweed has chemistry – and lots of it. Lots of coumarin chemistry, to be more specific. In itself, coumarin is a pretty harmless compound that is quite widespread in the plant kingdom. However, many of its derivatives are far more sinister in nature. Combine coumarin with furan and you get furocoumarins – and they are by no means harmless! Indeed, furocoumarins are the fangs and claws of the giant hogweed. If you try to remove giant hogweed from your garden without taking proper precautions (and that means putting on some serious protective gear) you will soon experience the revenge of the plant: blistered skin, wounds that will not heal, permanent scarring and even necrosis. Interestingly, the furocoumarin in the plant itself is not particularly noxious. After exposure to sunlight, however, it isomerizes to an extremely potent form and starts to attack biological tissue. The technical term for this phenomenon is photophytodermatitis. If you happen to come in contact with hogweed, the best thing to do is to stay out of sunlight, which is not in any way obvious and therefore rarely adhered to. Another far-from-obvious effect of other coumarin derivatives is that they dramatically influence drug metabolism in the human body. Some citrus fruits are rich in coumarin derivatives, and that certainly applies to grapefruit. Swallowing down your pills with a glass of grapefruit juice is therefore a bit like planting hogweed in your garden: a seriously bad idea. The coumarins in the grapefruit juice will influence the way you liver processes the drug and may make it useless. So, in conclusion: attack any hogweed in your garden only at night, and should you require medication afterwards, wash it down with something else than grapefruit juice. Then put on an old Genesis album.

PS. One of the founders of this company Anna Stenstam, is also born in this memorable year, 1971