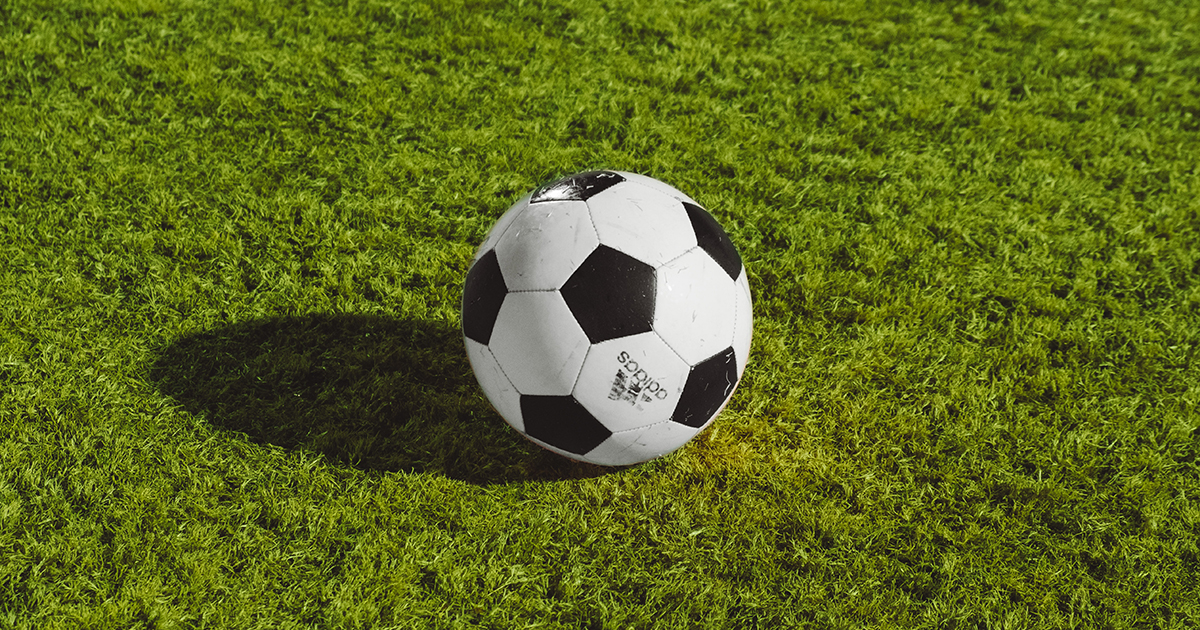 Graphene, nanotubes and other novel carbon-based materials are all in vogue nowadays, but it is an interesting exercise to take a step back and reminisce the true origins and underpinnings of the carbon craze that currently permeates chemistry and material science. This exercise touches on the soccer world cup (to commence June 14th in Moscow), and also allows us to honour the memory of a truly remarkable scientist, whose existence seems completely unknown to all but a select, admiring few.

Let’s kick off with the sports connection (pun intended). A soccer ball is constructed by stitching together a total of 32 leather patches – twenty hexagons and twelve pentagons, to be exact. If you now shrink the size of the football from 69 centimetres to one nanometre and then place a carbon atom at each of the points where three seams meet, you get yourself a spherical C60 molecule – buckminsterfullerene, the buckyball. The discovery of this nano-football landed Robert Curl, Harold Kroto and Richard Smalley the Nobel prize in chemistry 1996. It also spawned a plethora of new carbon chemistry, examples of which include the graphene-based materials mentioned in the opening sentence. However, the history preceding the discovery of C60 is as fascinating as the discovery itself. The likely existence of C60 (and similar, closed-shape carbon-based molecules) was actually proposed and discussed at some length by both Russian and Japanese scientists many years ahead of the actual experimental verification of the molecule in 1985. Unfortunately, the publications were written in the respective native languages of these visionary scientists, so they never received international recognition and soon faded into obscurity.

Even more astonishing is the prophesy by Daedalus published in New Scientist in 1966. In a short piece of text entitled “Hollow Molecules” Daedalus not only suggests that C60-like molecules should be possible to synthesise, but also (in his typical style) that they should be possible to prepare in enormous size – so enormous, in fact, that they should prove possible to fill with helium and used as balloons. His proposal of the molecule was indeed given credit by the laureate Kroto when interviewed by New Scientist in 1990.

Daedalus obviously combined in-depth knowledge in chemistry with limitless creativity, but who was he? In Greek mythology, Daedalus is the father of Icarus, and hence the symbol of the responsible and humble scientist who carefully assesses the consequences and limitations of his inventions (unsurprisingly, his teenage son Icarus did not, and we all know what happened). The modern-day Daedalus appeared as a regular columnist in New Scientist, and later in Nature. He presented himself as the research director and principal inventor of the company DREADCO, a company which, in his own words, “is run for the satisfaction and entertainment of the staff, particularly me”. In his columns, Daedalus took science to its limits, and beyond. The prediction of the C60 molecules may have been his finest hour, but we must not forget inventions such as the reverse scuba equipment for fish out of water; the black hole garbage disposal machine; and the machine that replaces water in dead bodies with silicates, and hence allows you (should you so wish) to keep the diseased as statues in your home. Daedalus did not limit his creativity to the material world, as witnessed by essays dealing with the quantum state of the soul and the thermodynamics of poltergeists. The mastermind behind the penname Daedalus was the physical chemist David E. H. Jones. Apart from his work as a research fellow at Newcastle University and the idiosyncratic activities of his alter ego, Jones devoted substantial amounts of his time to game shows (particularly in German TV), perpetuum mobilii (he knew no such machine is possible, but his designs were so complex that it proved almost impossible to understand how they worked) and the physics of bicycles. True to his style, he used his ground-breaking efforts in the latter field to construct a bicycle so unstable that it was impossible to ride.

David Jones passed away in 2012, aged 79. The world lost one of its unsung heroes. Little seems to be known about his interest in sports. Nevertheless, let us all think of him when the world cup starts in June. Had he been with us, he would have come up with a new, and more interesting, set of rules.