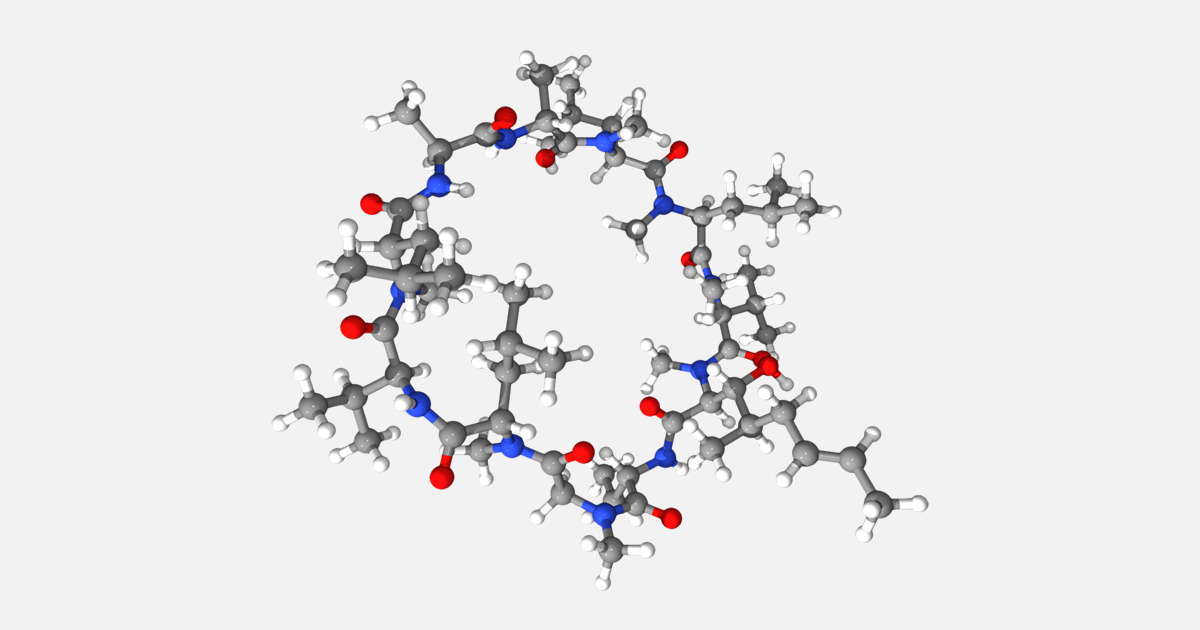 Cyclosporin is a cyclic peptide containing 11 amino acid residues. Cyclic peptides are relatively few and far between, but considering the other features of cyclosporin, the cyclic structure itself hardly raises an eyebrow. Consider instead the following deluge of sheer craziness: The sequence of cyclosporin contains a D-amino acid (i.e. the mirror image of what is normally found in nature); the compound is just about as soluble as a brick; all its peptide bonds are methylated; it is not synthesised in ribosomes as all other peptides; it is assembled by a single huge enzyme; and, finally, it was first extracted from an unassuming mold found in a soil sample collected by Swiss scientists lost in a remote and godforsaken part of Norway.

There you go. Serendipity and biochemical surrealism, all wrapped up together in a nice little gift to humanity. And what a gift it is! Without cyclosporin, there would be very few successful transplants of internal organs and bone marrow. The molecule binds strongly to lymphocytes, and thus acts as a potent immunosuppressant that prevents host rejection of the transplanted organ. With these qualifications, it is hardly surprising that it has been included in the WHO List of Essential Medicines. This is no mean feat, considering that we are dealing with an obscure metabolite from an even more obscure Norwegian microorganism!

The Bridge – a way to push humanity forward »